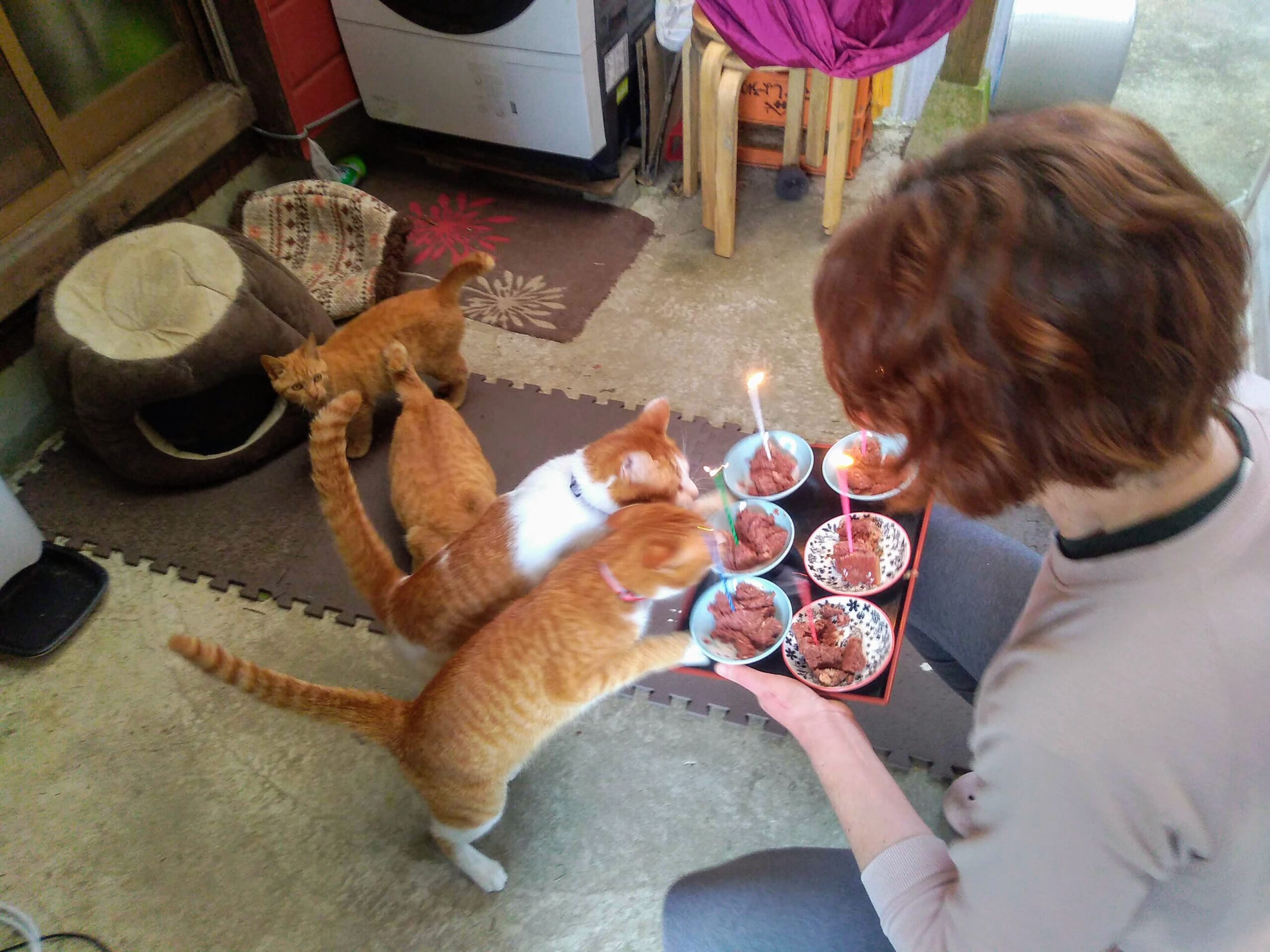 One year ago today, Three birthed four tiny kittens. We had a birthday party for them and their friends, but they were so eager to get the food, they didn’t blow out the candles! Only one cat (Futatsuyama, of course) was slightly singed. 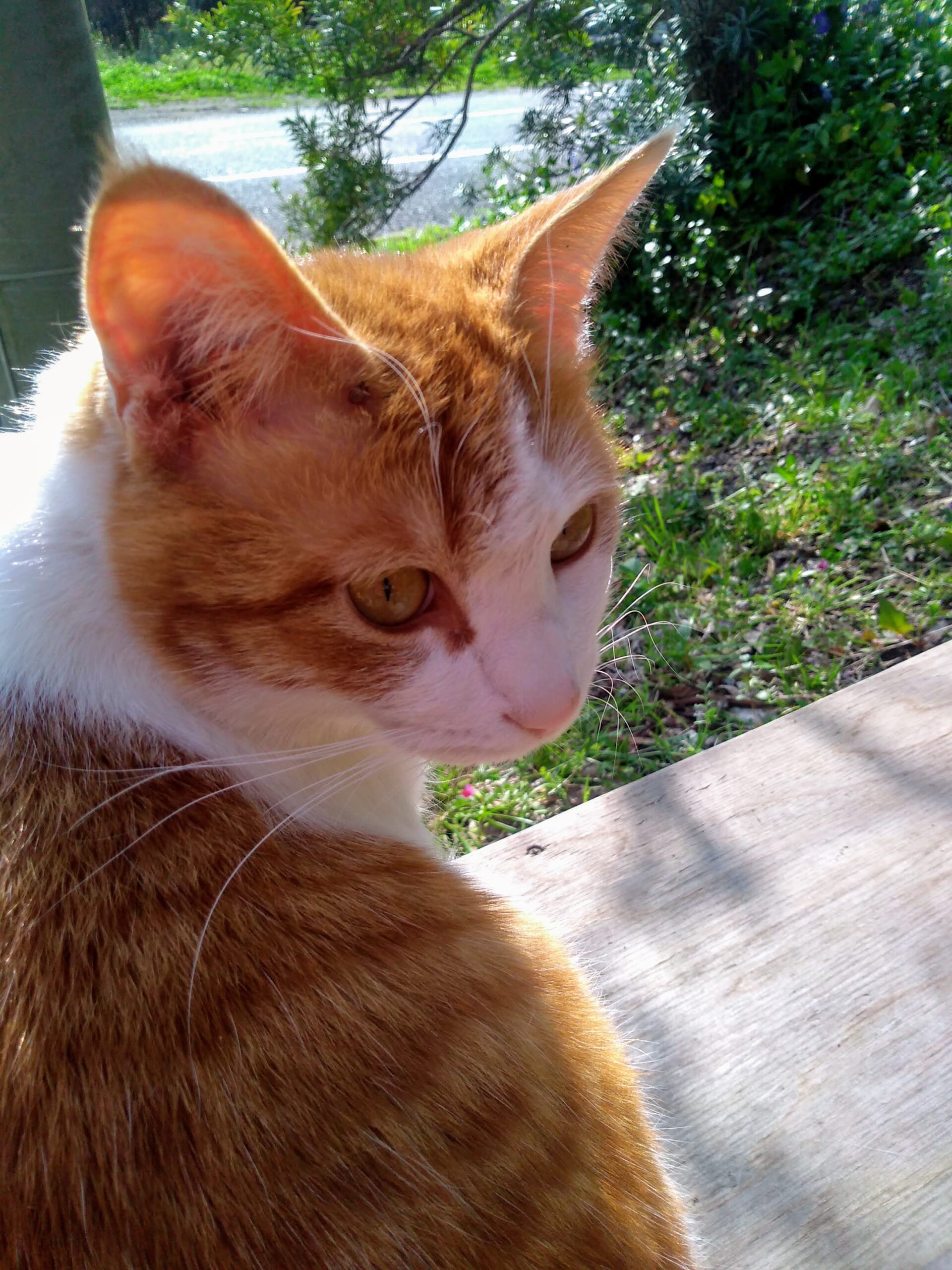 Maura, firstborn. He has grown into a cat who wants to live inside. He sleeps on the bed all night, every chance he’s given, snuggling under the covers in the crook of my arm or Tod’s. He is no longer tempted by the dried fish treats we offer the other cats to leave the house. 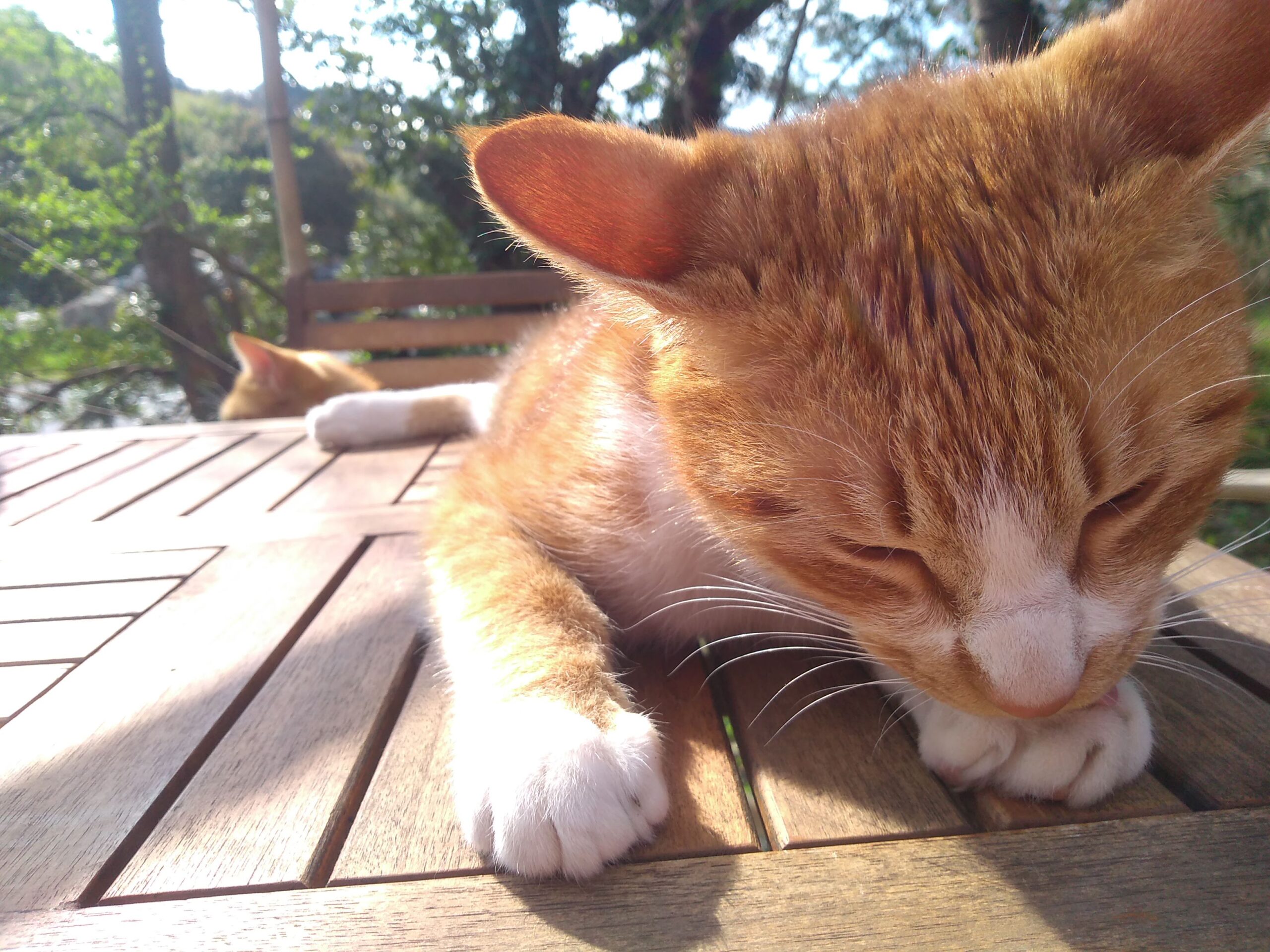 Futatsuyama, aka Pesk. He is constantly pushing boundaries, learning new things, agitating for more snacks. He knows he isn’t allowed in the kitchen or on the table, but he doesn’t care. Despite being troublesome, he is a sweetheart who always has time for cuddles and licks. 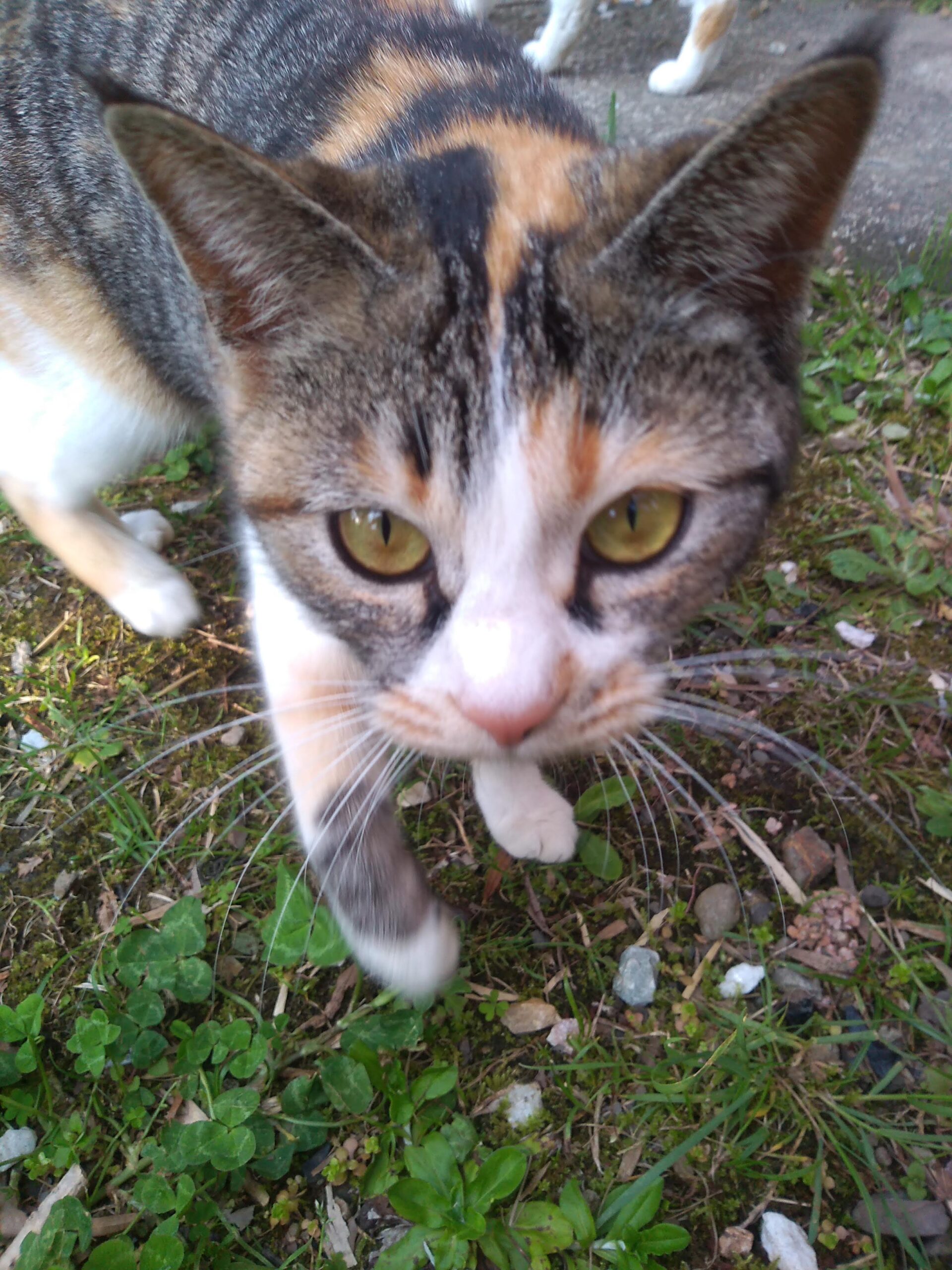 Isabella Bird lives here on her own terms. She alternately battles her brothers and grooms them.  Sometimes she loves to cuddle with me and give headbutts, and other times she would probably flip me off if she had a middle finger. She’s a good girl. 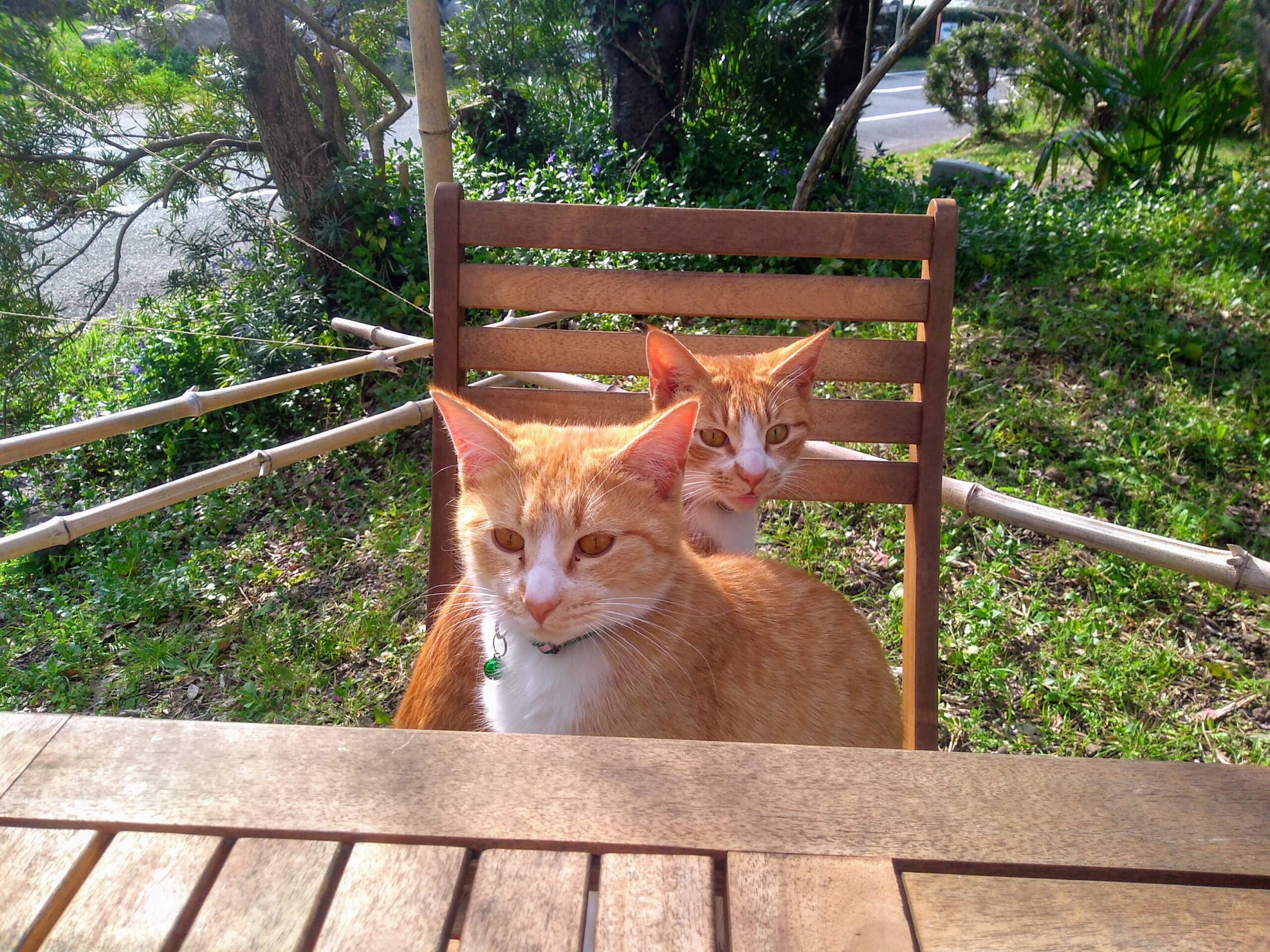 Fritter (photobombed by Pesk behind him) is a mild-mannered boy. He always eats last, makes room for others, and is a quiet cat who adores his sister. He likes to explore, play, and entangle himself in my feet as I walk down the hall. He is always ready for dried fish snacks.

We are lucky to have such nice animal friends in our life. Happy birthday, cats!