Offered to the gods 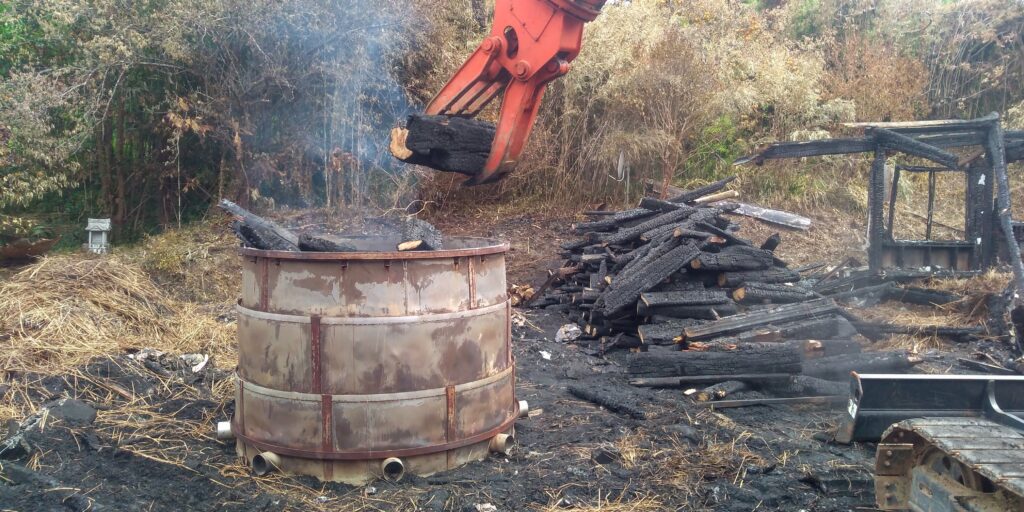 This morning I sang an improvised dirge as we started to burn the broken beams of the house. I don’t think anyone heard it but me, but it was comforting to sing to the house. It was a sad moment for me, and I can only imagine how the Kawasakis felt. They were quiet.

While the burn intensified, I chipped some sumi from the charred beams that weren’t in the incinerator yet. I tried to get some from every era of the house – the very oldest beams, the newer additions, and I got some scrapings from the koi nobori pole, too. I will take these chips, grind them down to powder and use them as ink to draw  picture of the house. 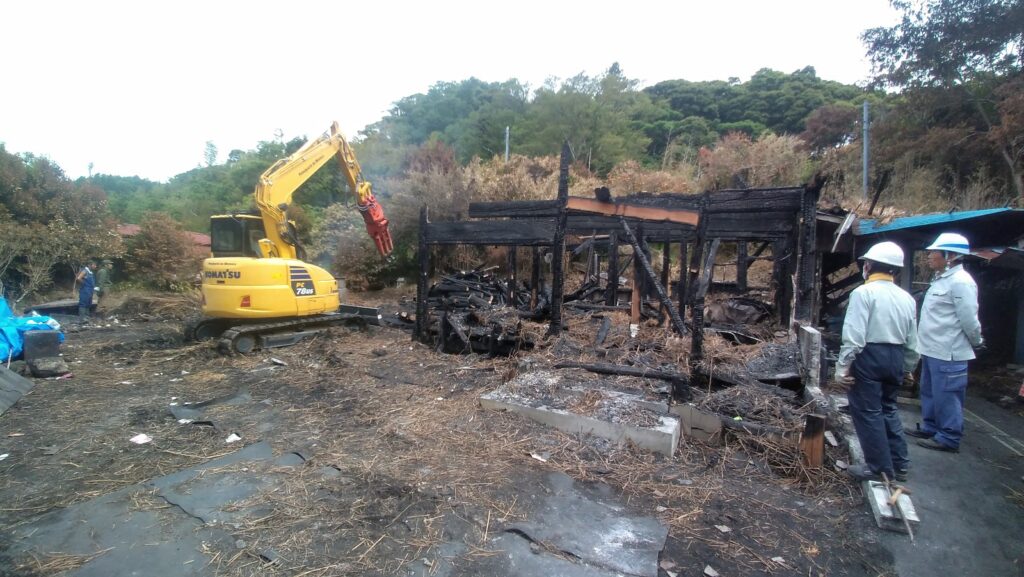 Fujii-san’s portable incinerator and his massive yumbo with the fancy “UFO catcher” claw are invaluable in this clean-up effort. His team of two skilled construction workers really did most of the work today.

The rest of us gathered bits of debris and helped the metal collectors, who came with their truck and happily took away as much of the metal cladding, window sashes, and pipes as would fit. They will be back in a couple of days for more. And there is more – so much more. 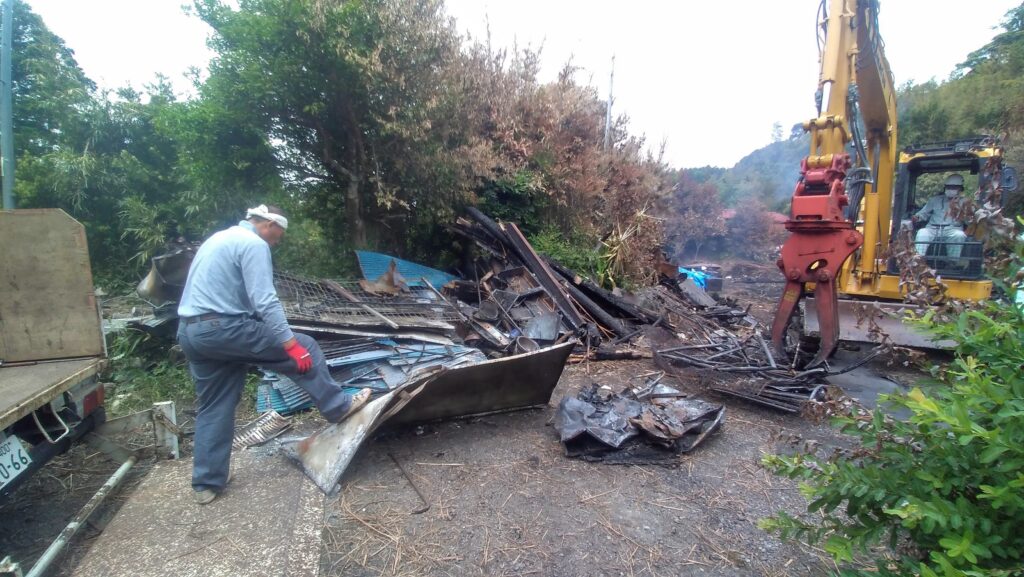 The house was primarily wood and metal. There really wasn’t a lot of plastic in the construction. A couple of plumbing connectors in the bathroom, and that’s about all. It inspires me to think about how to avoid plastic in whatever stands in the spot next. 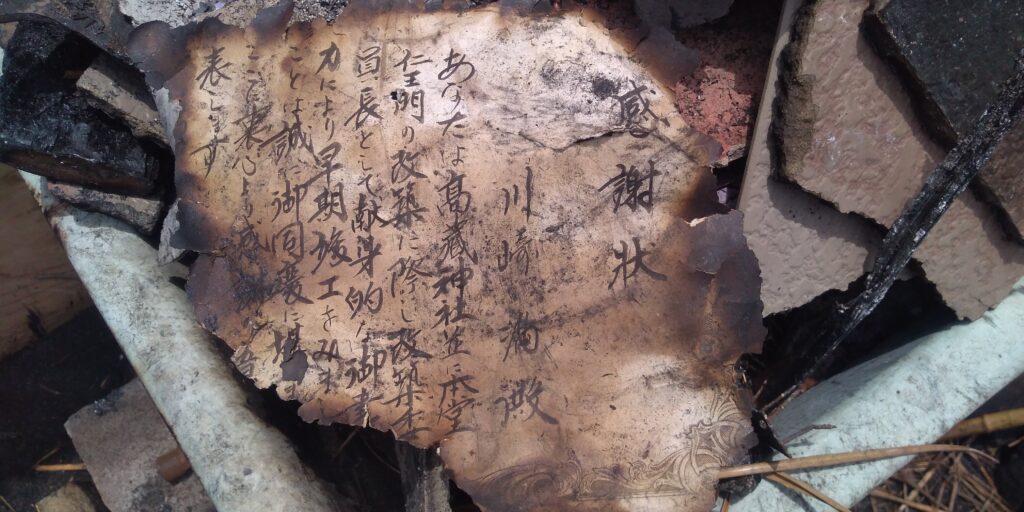 This parchment floated to the top of the rubble this morning. It proclaims Kawasaki’s grandfather as village mayor. It was admired and discussed and then set aside as we turned attention to the work at hand.

By the time we left in the late afternoon, the entire house was razed and half of it was burned. Tomorrow’s forecast is for heavy rain, so we will reconvene on Friday to turn the remains of the house to ash. 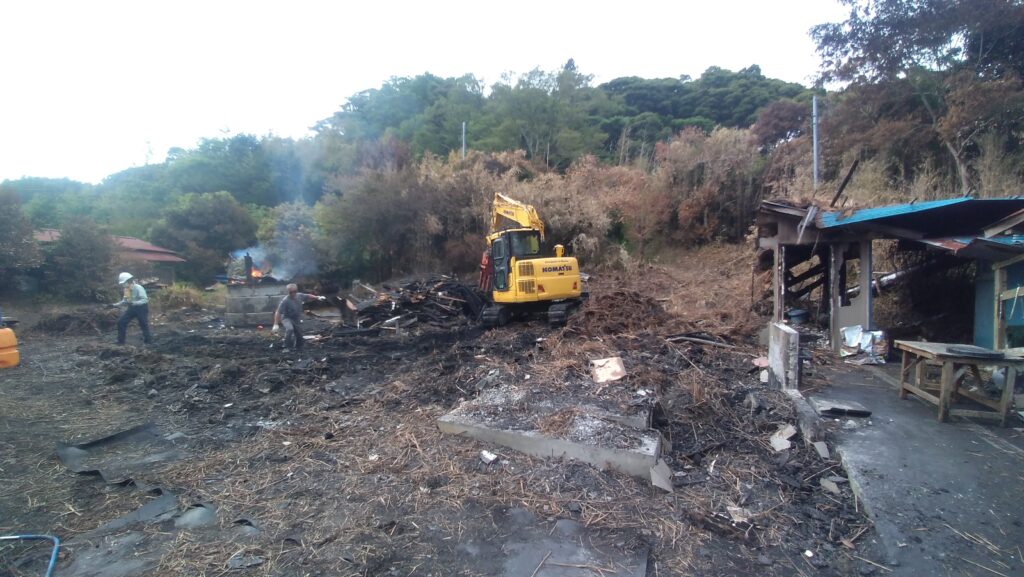