In memory of Gord 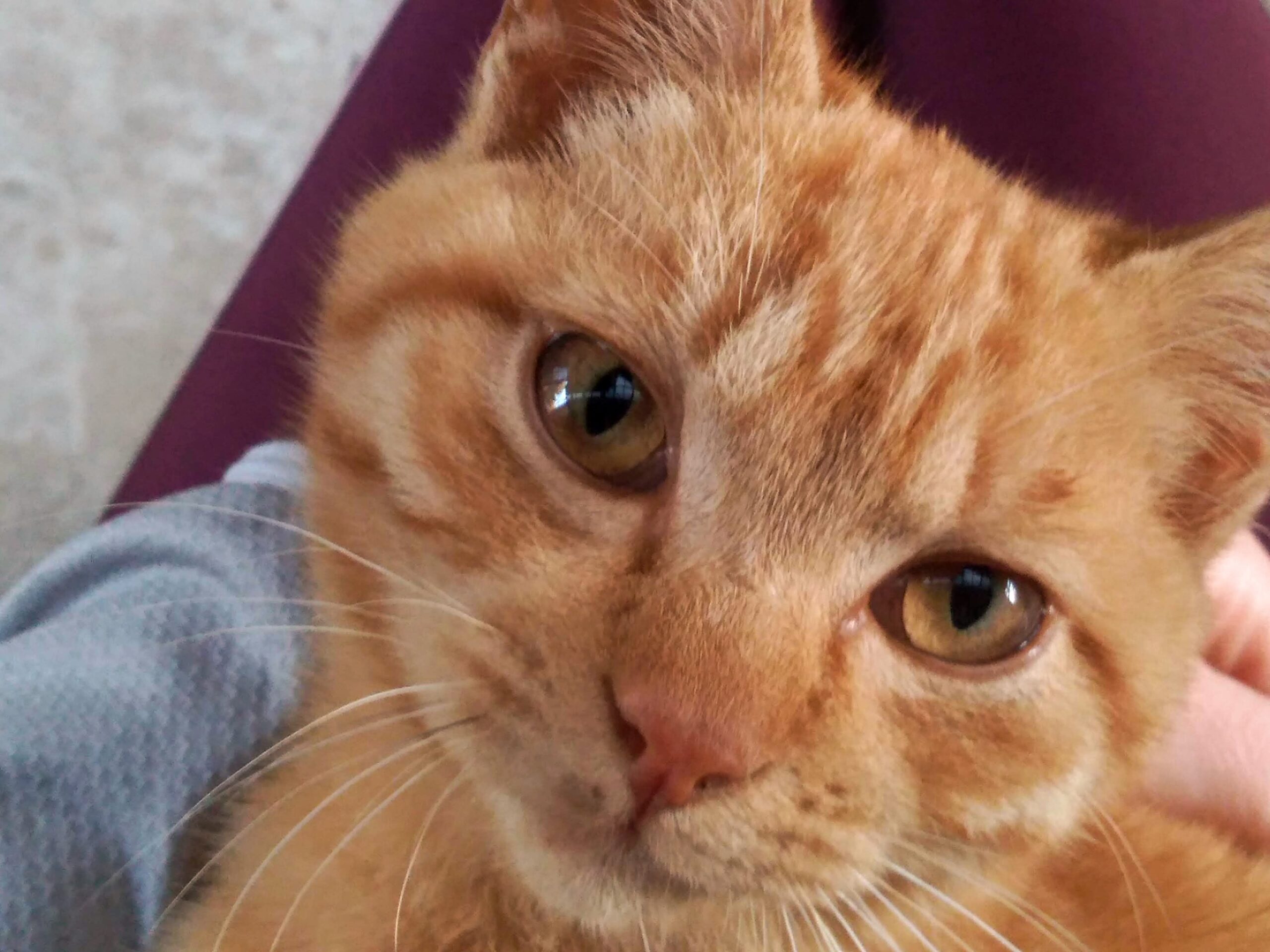 Yesterday afternoon, two hunting dogs invaded our space and chased the cats. Fritter and Maura got away, but the beasts caught Gord and killed him. I am furious, sad, and in shock even now.

As our neighbor and the police searched for the marauding dogs, we buried Gord next to Isabella Bird, near Futatsuyama and his father, Foreground Cat. I took some broken rocks from the pile of stones across the street and marked all four graves. When spring comes, I will plant flowers.

Gord joined our household just a year ago with Foreground Cat, his look-alike father/cousin. He was a chubby kitten then, and grew up with us, slowly building trust and a fierce devotion to me and Isabella Bird. He was probably the runt of his litter, with a stocky little body that my sister said reminded her of a 5th grade football player. She named him last year when she was visiting. It was such a perfect name he never needed a nickname.

Gord and the other cats had varying levels of friendship. Gord clearly wanted to be the top cat, but nobody else agreed. Everyone tolerated him, most of the time, but nobody except FG truly loved Gord. He and Isabella Bird got along best; Gord adored her. When Isabella Bird died last month, Gord tried his best to buddy up with Fritter and Maura. They were just starting to ease into their new relationships.

He was a lovely cat – orange tabby tinged with grey that turned him into a shadow at night. His paws pads were a terracotta brown – the first I’d ever seen that color. He had mixed whiskers with some white and some greyish-black. Only people lucky enough to be trusted for belly rubs ever saw the little white patches over his heart and belly. His eyes were set at slightly different angles, so sometimes, when he looked directly up at me, one eye looked glossy blue with reflected light. I never quite got used to that.

Gord was a mostly outdoor cat until recently and was fearful only of being trapped inside. He was brave and defended our territory with all his might. He graduated out of “feral kitten” status after getting his vaccinations in September, received a collar as a reward, was neutered in October, and by November he was venturing indoors a little bit. In the last month, he actually enjoyed sleeping on the bed and no longer worried when I closed the door to the house. Recently, he had learned to relax completely indoors by flopping in front of the heater and warming himself on cold nights. He was sweetly predictable. First he’d toast his face framed by the Elizabeth collar he was wearing while his wound healed, then he’d roll over to one side and eventually the other. Then he’d hop up on the bed to be pet.

He suffered an injury in a cat fight last week while being a guard cat. When we took him to the vet for treatment, he caromed off the walls, knocking over surgical supplies and reaching the ceiling in every corner until he found safe haven on the top of the book shelf. The vets had to get him down with a towel and a net. Poor Gord was terrified. He had to have surgery to stitch up the gash. The Elizabeth color was due to come off on Monday.

For a full year, whenever I stepped outside – passing through from house to studio, or doing laundry, or gardening outside – he begged for ear rubs. He would rise up onto his hind legs to get closer to my hand. His stubby tail tick-tocked back and forth when he was very happy. He had the biggest, loudest purr – a motor that powered his pleasure. One recent evening, when he had learned to come inside to sleep with us, he purred so loudly it woke Tod up in the middle of the night.

When I was petting him he lifted his chin to the sky to get his whiskers brushed back, or he leapt up to meet my fingers, or leaned into my hand with all his weight as I stroked his body. He drooled from happiness; there was never enough petting for him. If he allowed me to pick him up, he pressed his feet into my belly and arched his back, leaning out into my arms until he must have felt weightless, because I was bearing all his heft.

Gord rarely sat still and was hard to photograph. I have so many blurry photos and videos where he noticed my attention and came over to be loved.

Occasionally, he would join us in the yoga studio for class – usually stealing the show and being underfoot for sun salutations. He got many head kisses as I passed from upward facing dog to downward facing dog. His desire was irresistible.

He loved me, and I loved him back, and I will miss him.