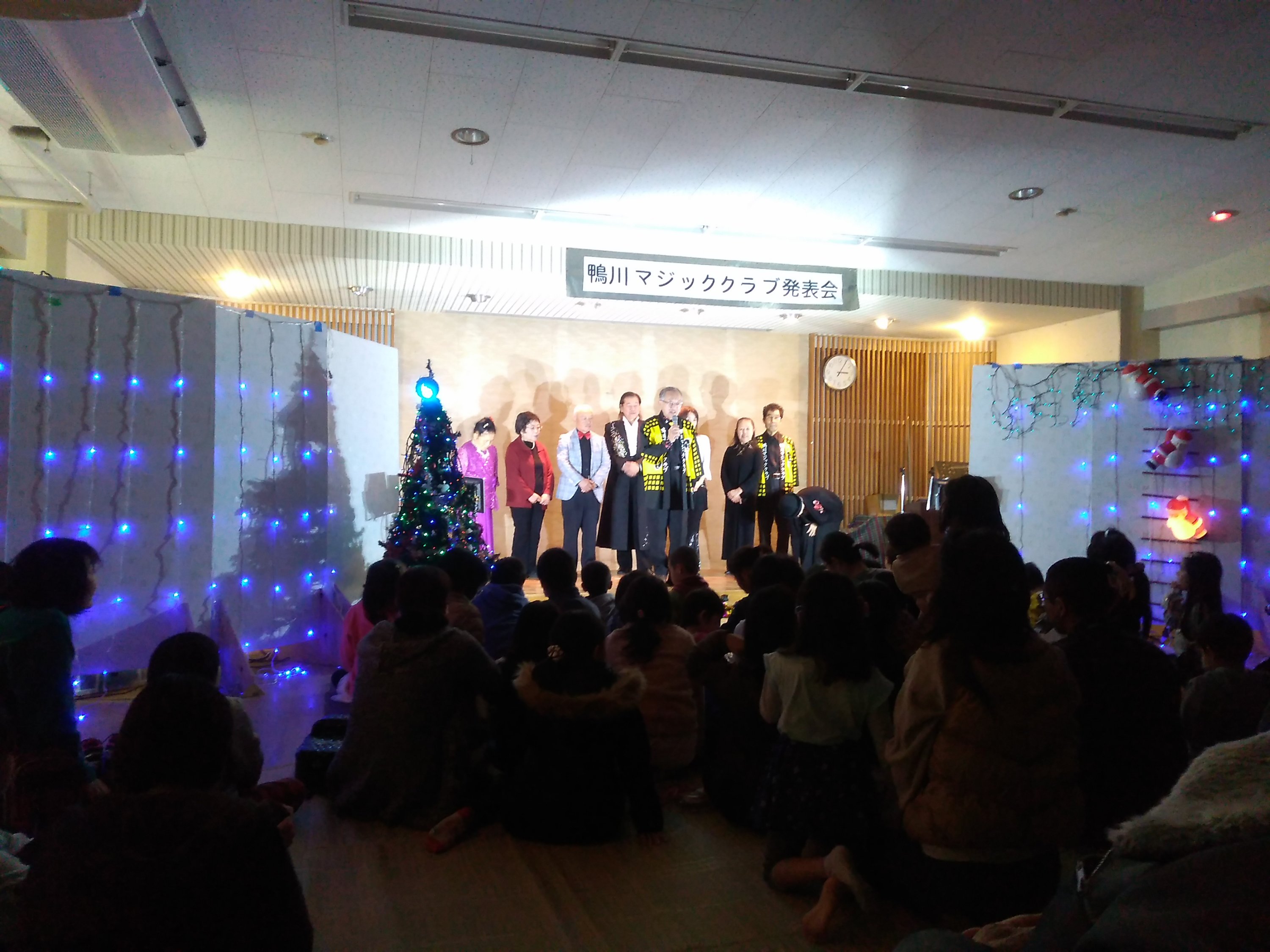 Kamogawa has a magic club made up of grandparents. Today was their annual Christmas show – free charming entertainment for families and us.

One by one, the magicians took the stage for a ten minute set. Dressed in their most magical costumes, they made scarves appear (sometimes unintentionally), foam balls multiply, knots come undone magically, and an egg disappear from a hat. There was ring manipulation, newspapers that unripped themselves, and swirls of colored streamers in the air.

Grandchildren up front were brought on stage to hold ropes and wear the egg hat. During intermission, Santa passed out a snack of milk and rice crackers to everyone in attendance. There was a group act of Tamatsudare, a story-song performance that uses a flexible reed mat as a prop.

The master magician and his wife/assistant to the stage last for a show of their skills, including an escape act. And as a finale, everyone gathered on stage for a photo before the audience disappeared. Through the doors in the usual way.