I don’t share them often in public, but I have opinions, political views, and strong ideas about how things could be better in the world. I am anti-conspiracy, pro-science, anti-racist, feminist, pro-LGBTQ+, and anti-consumerism. I believe there’s beauty in everything. I think we should be good to each other.
It’s okay with me if you don’t agree with me on most of those topics. We will find things in common and can be friends.
This week, a friend in Canada has organised a colorful counterprotest in her town because the racism underpinning and co-opting the Trucker Freedom convoy is not acceptable. The opinions against mandates need to be heard and addressed, but the convoy has turned violent and racist. 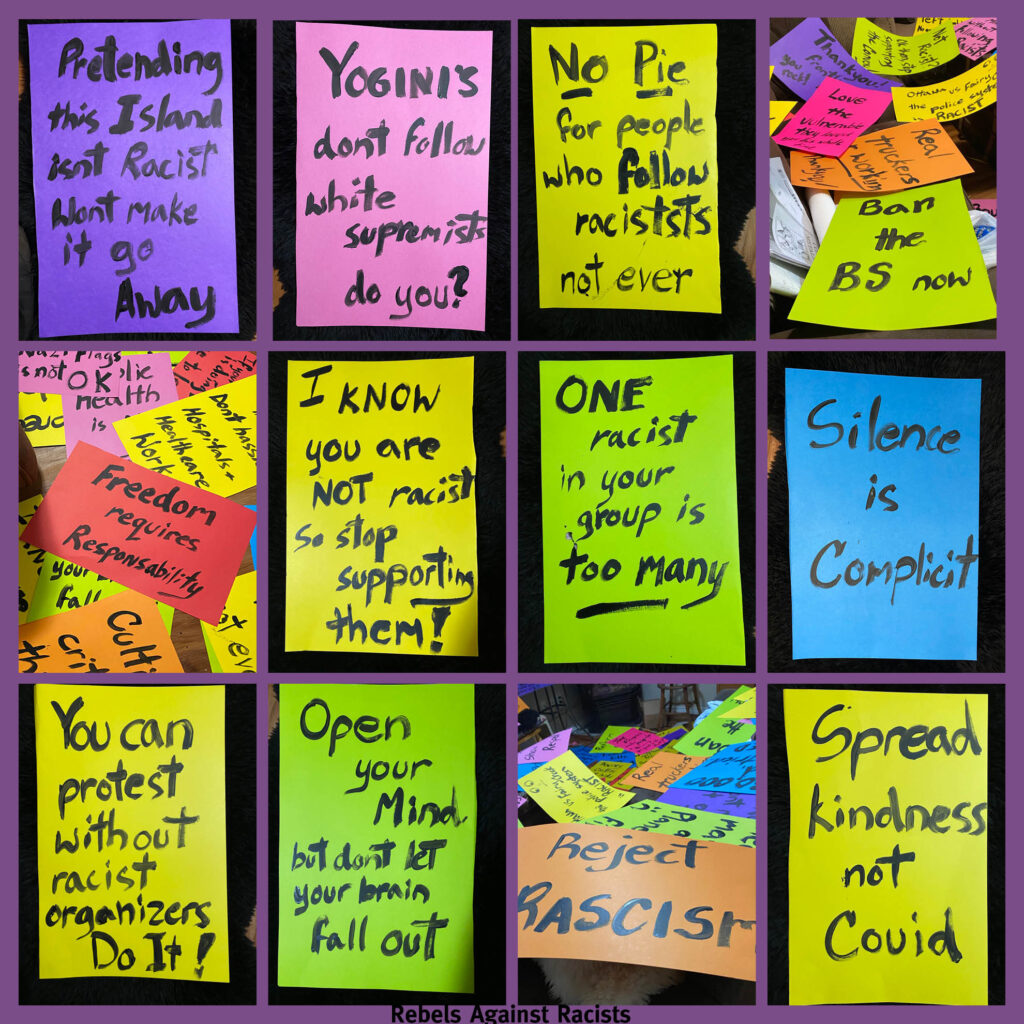 I decided to step forward and help her because I think racism and violent protest is a wrong thing.
From what I’ve read, the Trucker Freedom convoy is protesting a vaccine mandate for a specific group of workers – truck drivers who cross the Canada/US border – and 90% of those drivers are already vaccinated. So the 10% made a loud protest, peacefully to begin with.
Now they’ve attracted many other activists (and been funded by racist leaders) who are turning the convoy into a violent occupation of Ottowa.
There are many opinions, many worthy causes to be addressed, and so many problems to fix in this world. They all need voices to rise up and figure out solutions. Protest is healthy. Violence is not. One group co-opting another is not. 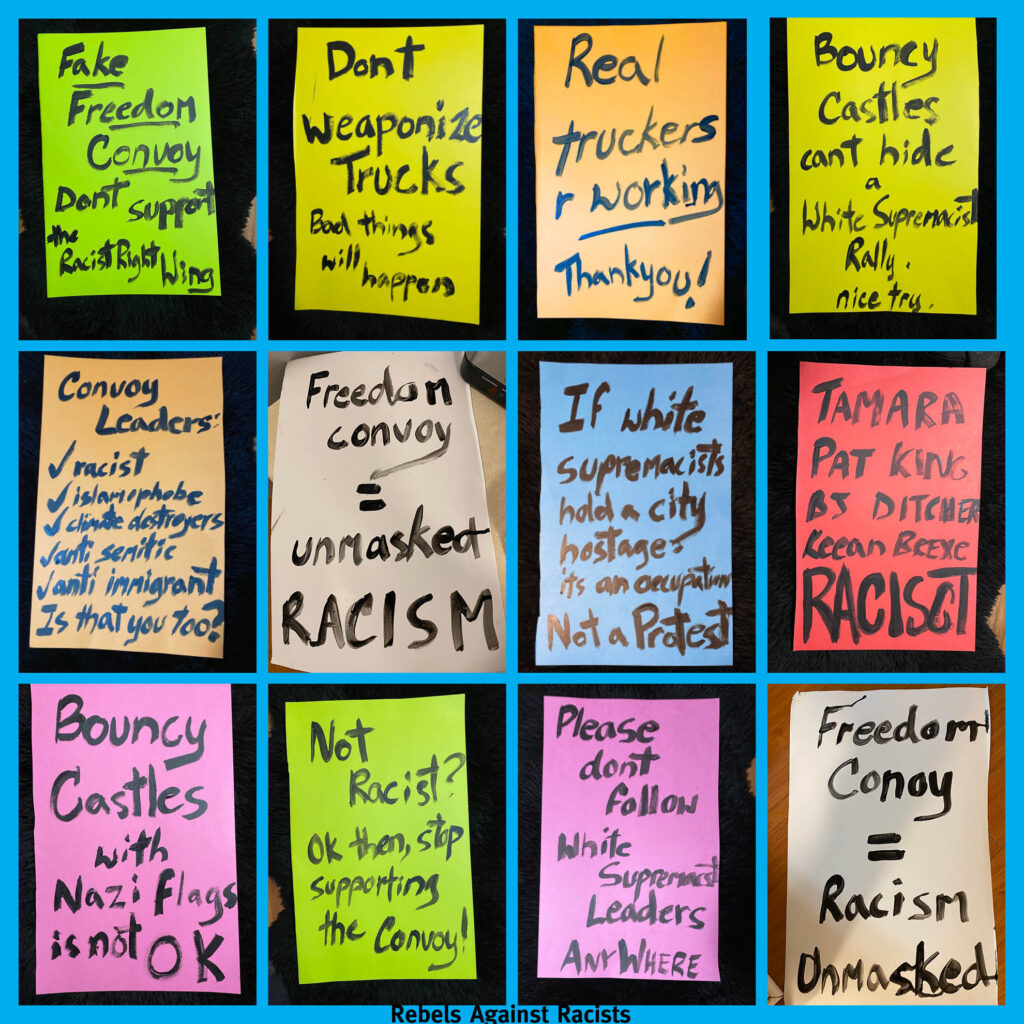 I think racism is one of the most insidious problems we currently face as humans. Aren’t we all made of blood and bone and star-stuff? We all have the same emotions and dreams. We may not agree on what good is, but we all want to be good.
When white supremacists and racists – bearing Nazi and Confederate flags, using slurs, confronting non-whites – take over another group, then the original topic of protest is moot. This Trucker Freedom convoy is no longer about a public health mandate; it’s been infected by racism and violence. Time to end the Trucker Freedom convoy and start afresh. 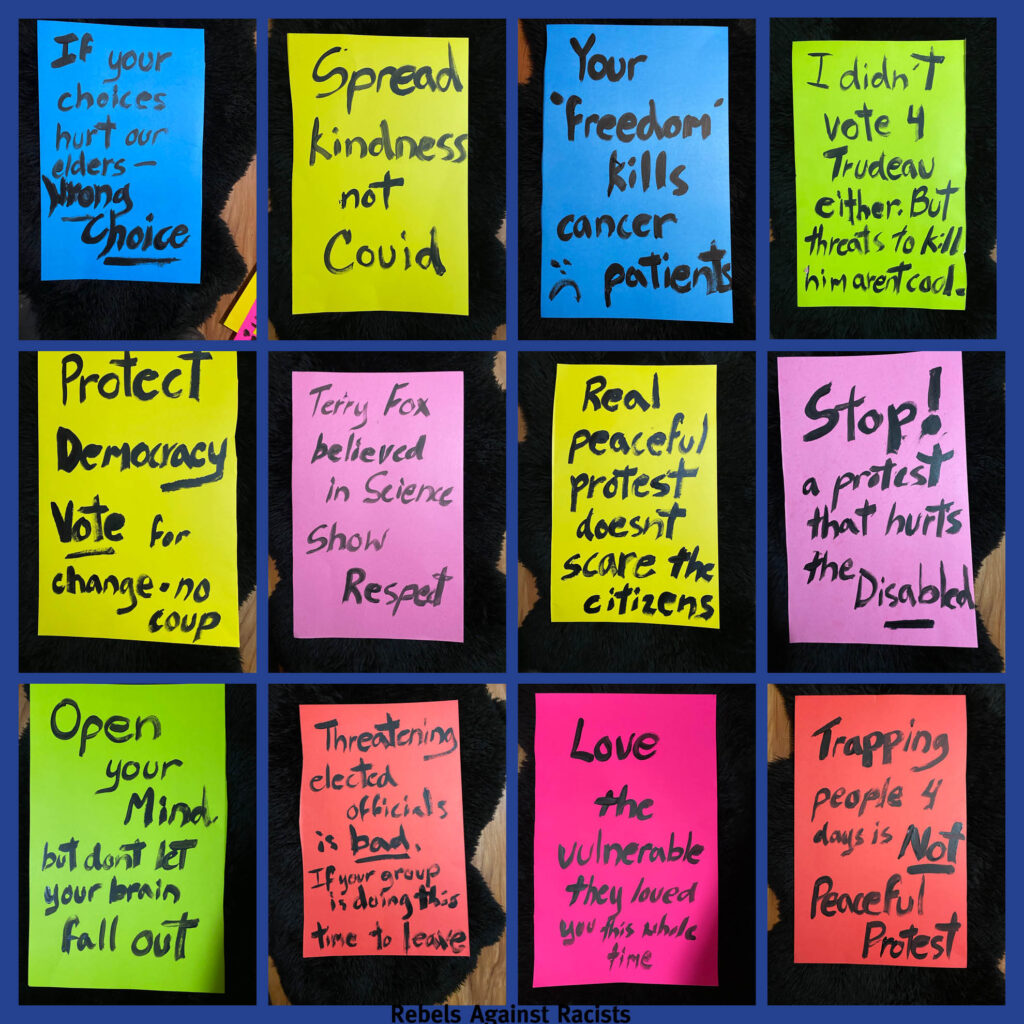 Join in with your own colorful signs of protest. Protest mandates! Protest racism! Protest this counterprotest! Rise up and share your message. 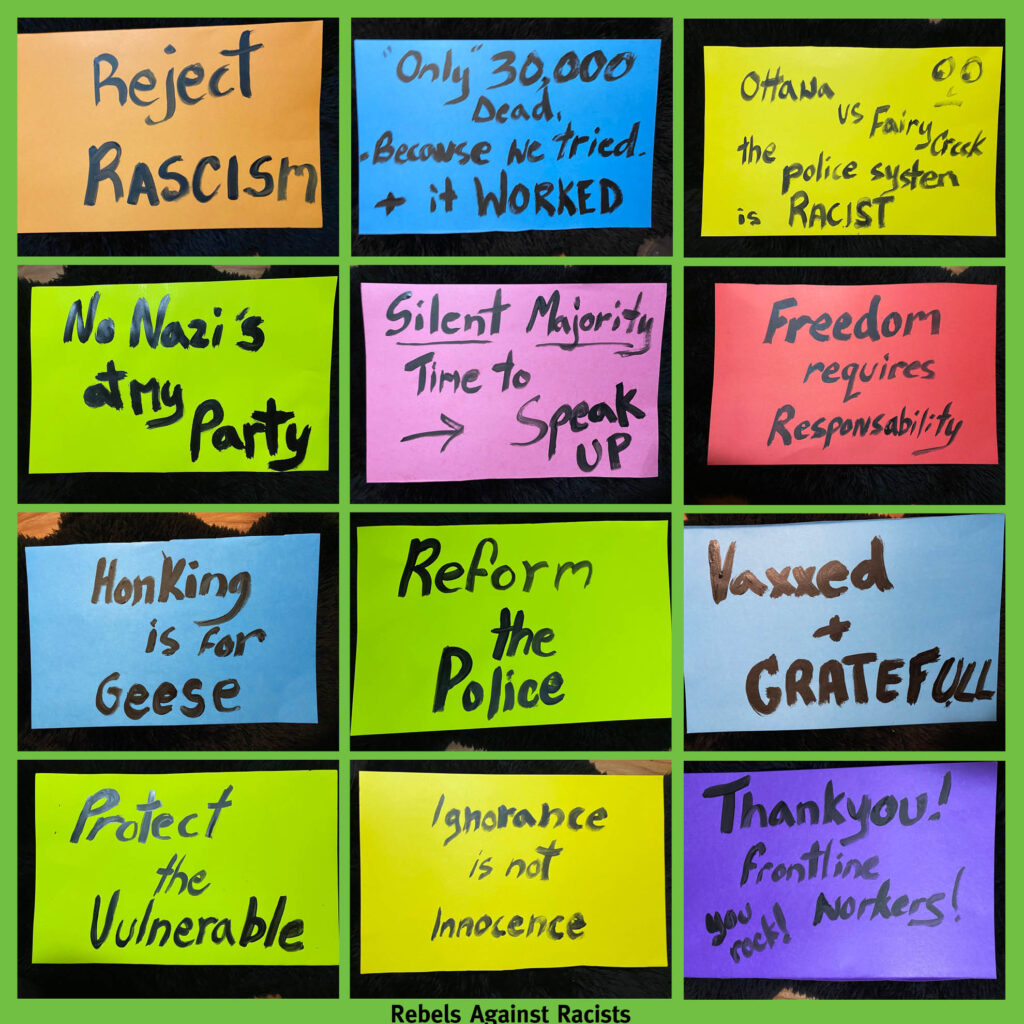