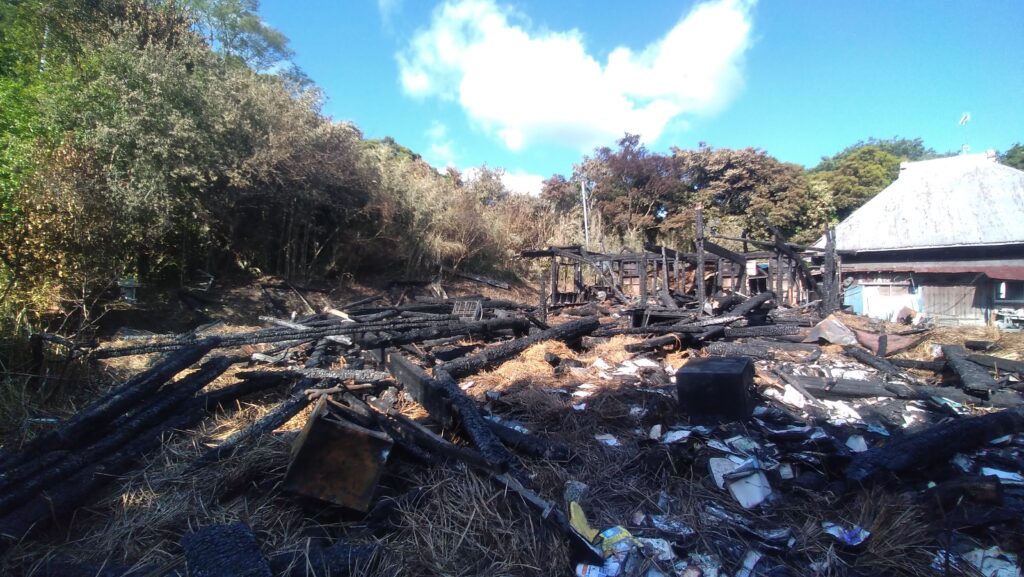 We got a call this morning requesting us to go to 555 for questions from the fire investigators. After the quickest of breakfasts, we headed out the door. We ended up spending the majority of the day there.

The questions were mainly for me as I was the last person in the house, on Tuesday before the rains began. Did I notice anything unusual, hear any sounds, or see lights flickering? Do I smoke cigarettes? Where in the house did I go on that day? Did I know if there were any electrical appliances and where they were located? I answered all of these questions and then asked permission to make a circuit of the garden near the house.

Most of the bushes, trees and plants near the house are singed. An ume now bears blackened fruits. The ama-natsu has soot-covered oranges. Some bushes seem to be dried out and dead, others have lost their leaves but might survive. A few of the smaller plants are completely gone, including one that I quite liked – the delicate snow rose. Ah, well. There are plenty of other plants to love for now, including four tea bushes Mrs. Kawasaki introduced me to.

The fire investigators made good use of my photos, maps, measurements, and all of the materials I had created and collected to plan out the renovations. This was not how I expected to use them, but I am glad they were of service.

Mrs. Kawasaki and I stood together to watch the proceedings and to talk. She told me of her personal losses in the fire – photos of the children growing up, her late father’s fish drawings. She had just started sorting through them on Monday and they were on the table in the dining room. Her intention was to finish the job when they came back, but then it rained for several days and they didn’t return.  After we talked, I went up the family haka and talked to the ancestors. They didn’t talk back.

When the investigators carried the charred beams off to the side and cut away the collapsed roof ridge to make space to work in the center of the house, my heart broke a little. It was painful to watch those stalwart 120 year old timbers, the bones of the house, broken. 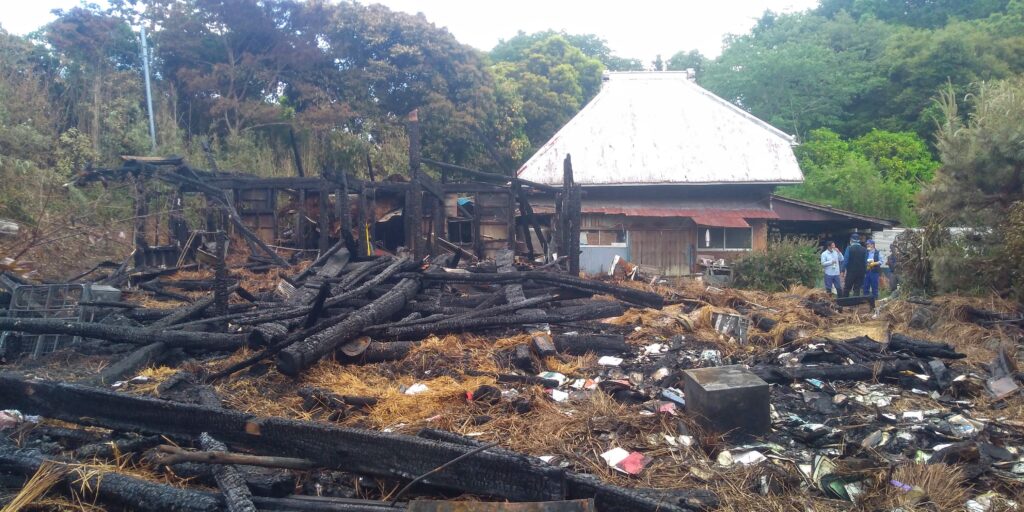 Everything in the house is broken and gone except for some pages of books fluttering around where grandfather’s library used to be and husks of metal that were once fridges, safes, and aircon units. The fire was hot enough (660 C) to melt the aluminum window sashes. All the glass is shattered. Furniture is gone as if it never existed. The fireboard on the kitchen side of the house is one of the few things that still stands. It saved the propane tanks from exploding and the barn from catching fire. Everything else is a shambles. 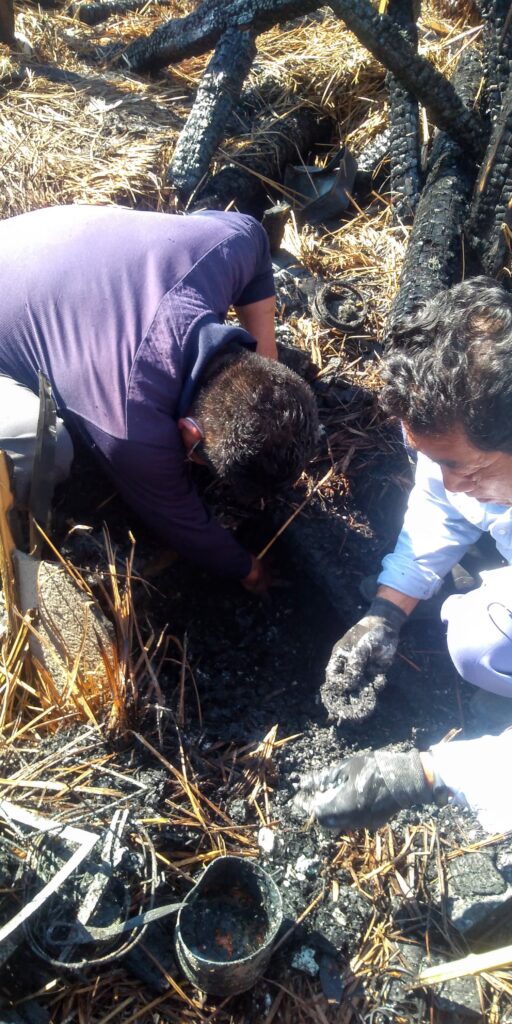 This afternoon, I helped to dig through the charcoal and straw looking for keys to the motorbike, the tractor, the digger. We found very little in what was once the entrance area: a broken vase; the melted glass of a ship in a bottle; a tin of mosquito coils, half a scissors, a fused-together electronic toy. Lots of nails. Two empty keychains. One key, but not the right one. Those keys might never turn up. 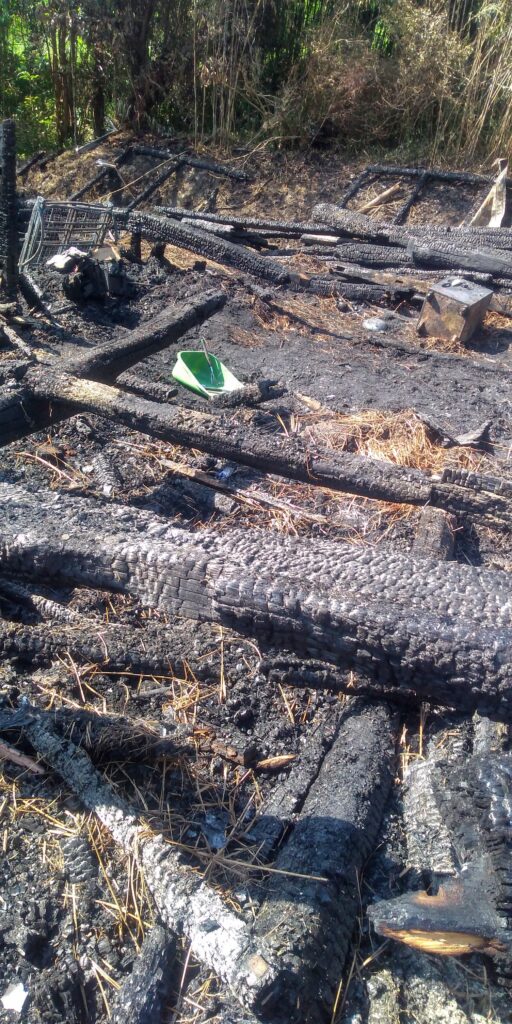 By the end of the day, the investigators had a working theory and some evidence. They managed to unearth a wire that looked melted. They dug for hours with small rakes and a green plastic dust pan to find that wire. It didn’t look like much. They surmise that the recent rainy weather caused another leak that shorted a wire in the beams under the roof, where the wiring ran. I should have given them my pictures from the day we went up into the roof. I got some shots of that wiring.

Now I’m home and showered, but the smell of smoke and charcoal lingers on my hands and in my lungs.  What happens next? We wait and see. And we hold on tight to the certainty that every cloud has a silver lining.