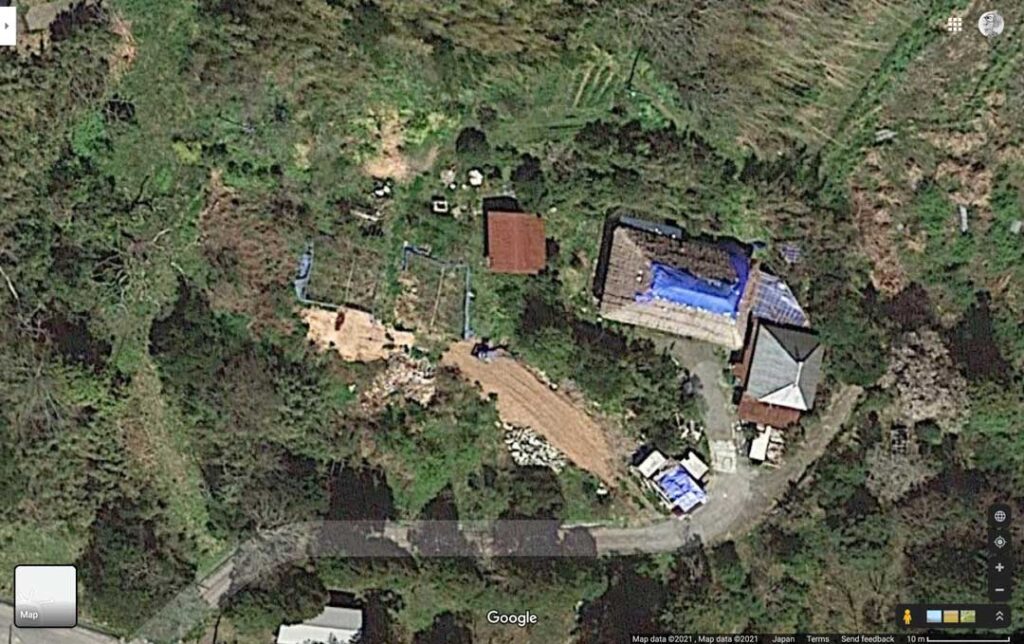 Tod & I (mostly me) have been looking for a new place to live since we arrived here in rural Chiba more than five years ago. The house we landed in is comfortable and easy to live in, but it’s on a busy road and we are renting, so we can’t really fix it up the way we’d like.

In early spring, Tod found us a place by accident while looking for a hiking trail. It’s just up the road – literally at the top of the hill from us – and was abandoned after being damaged by Typhoon #15 in 2019. 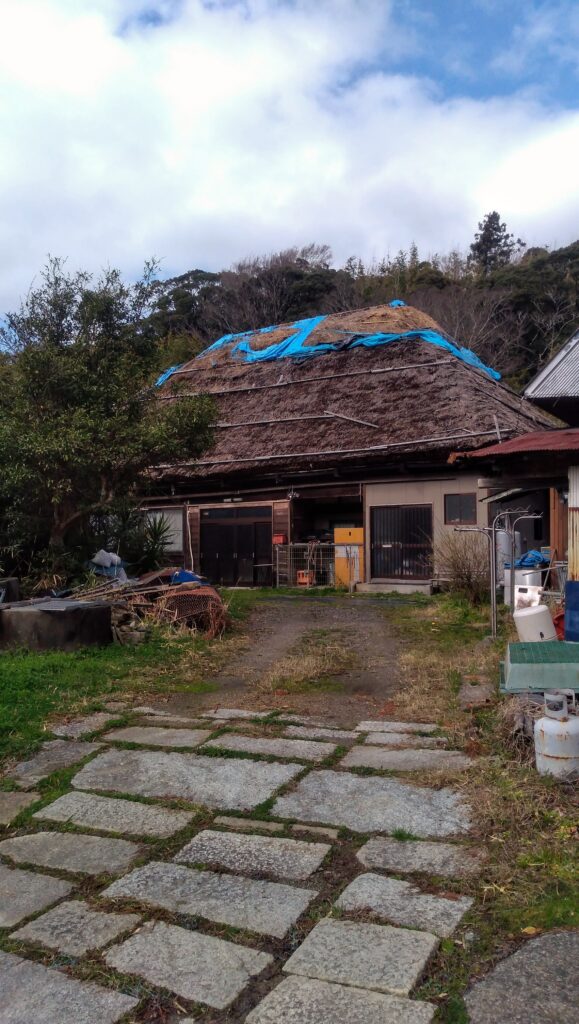 Since March, we have had adventures and all sorts of positive signs, good omens and helpful people arrive in our life.

Thanks to Fujii-san, we met the owners, Mr. and Mrs. Kawasaki, who agreed to lease this 120 year old farmhouse to us. We will be repairing the roof in the coming months and then renovating the house to suit us and especially to remove walls mouldy from 18 months of water damage. We have been cutting grass and trimming bamboo and offering help to the Kawasakis to move the rest of their stuff out of the house and property. 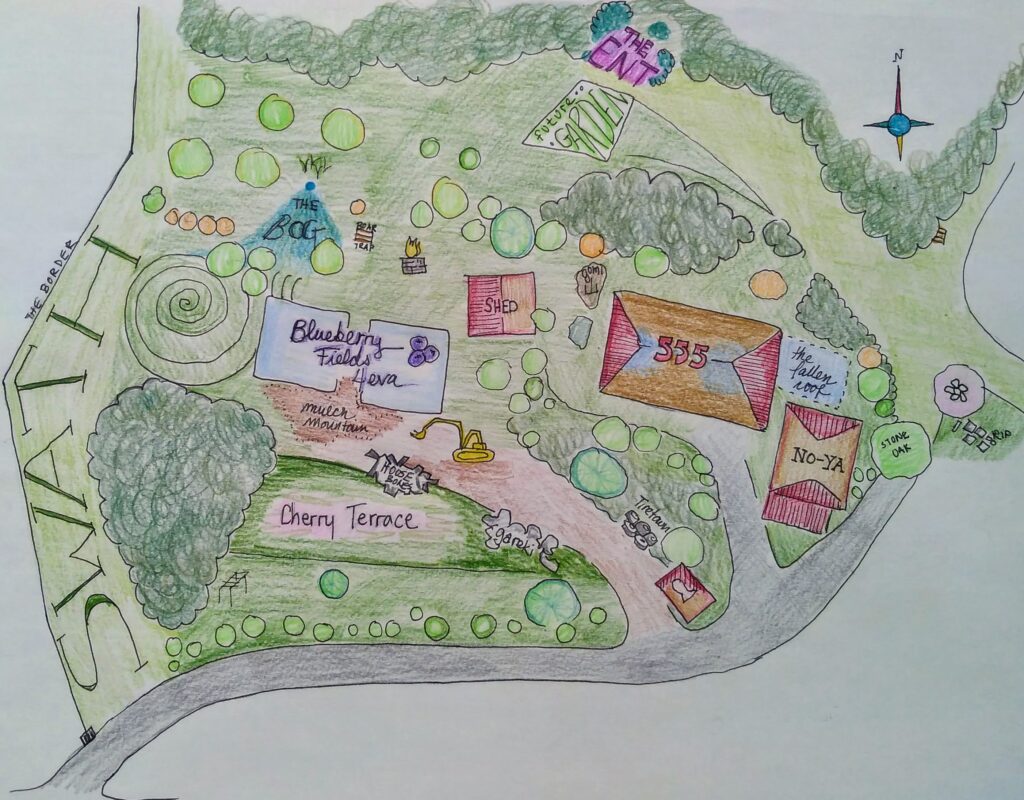 I am enjoying getting to know the land and the house. There are fruit trees and garden space and a southern exposure. There’s a giant tree with a view over the valley, a constant blooming of flowers, and a spring that forms a boggy area. It’s a very nice location and I am delighted to be allowed to steward it for a while.

Some of the fortuitous moments we’ve had around this place: the agreement to lease came on my 55th birthday, along with the revelation that the actual house number is 555; Tod found a five-leafed clover; we rescued a pheasant (Japan’s national bird and messenger to the gods) from the boar trap the day of our first meeting with Mr. Kawasaki.