Looking at this video from this afternoon, I have to admit that we now have 5 cats at home.

Gord appeared one January day, following his big brother/father, Foreground Cat, to steal food. Captured on the cat cam a week after his first visit: 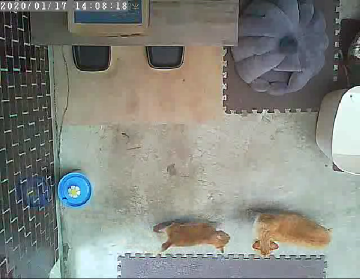 Within days, he cheekily made himself at home in the pom-pom bed.  Jenny named him Gourd by way of Pumpkin and Kaboucha. He is too smol to have extra letters, so he is Gord. 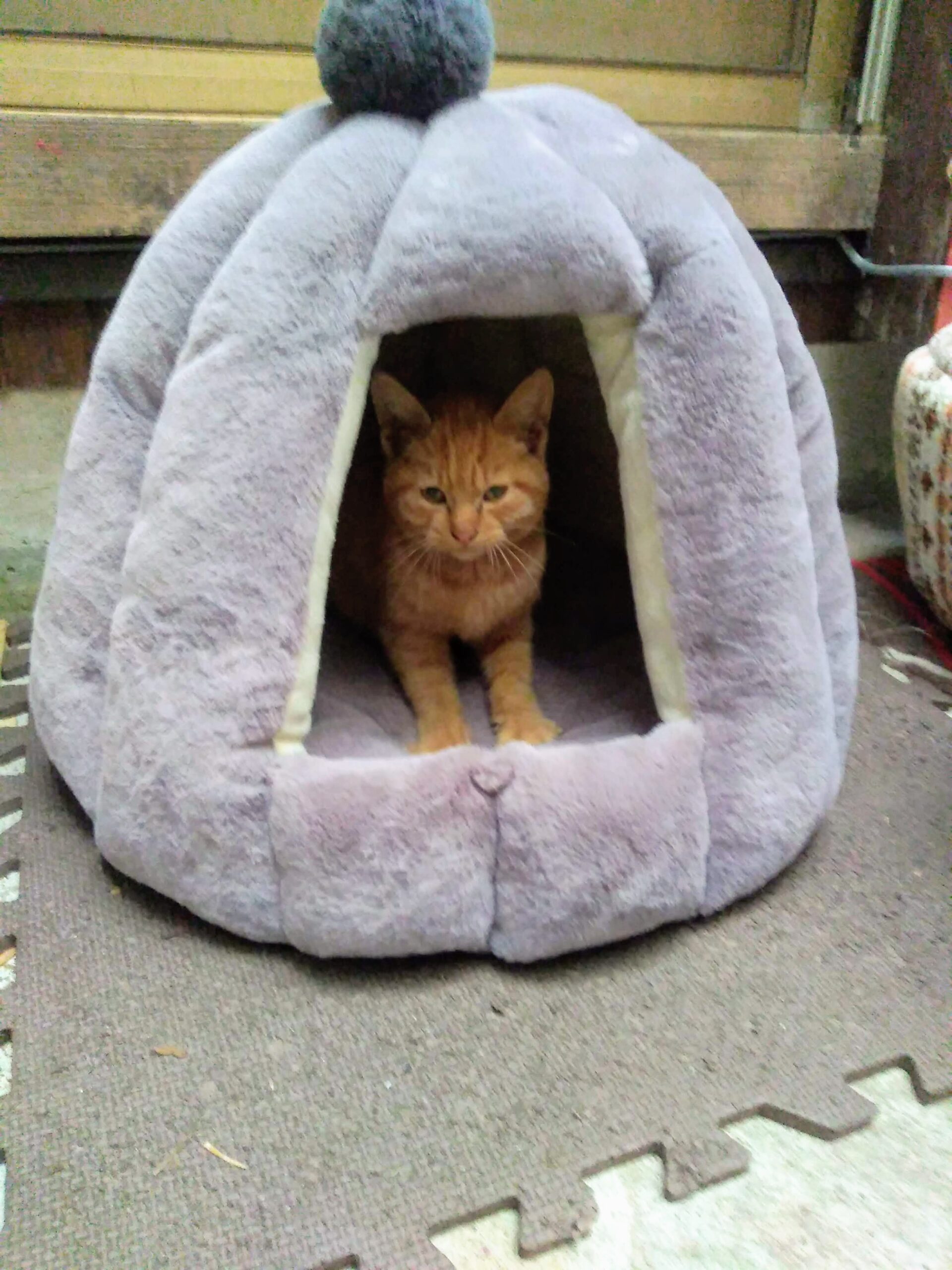 He was persistently friendly. And hungry. It wasn’t too long before he found a place in the pecking order. Isabella Bird hated him and hissed at him every time he got close. Now she ignores him. 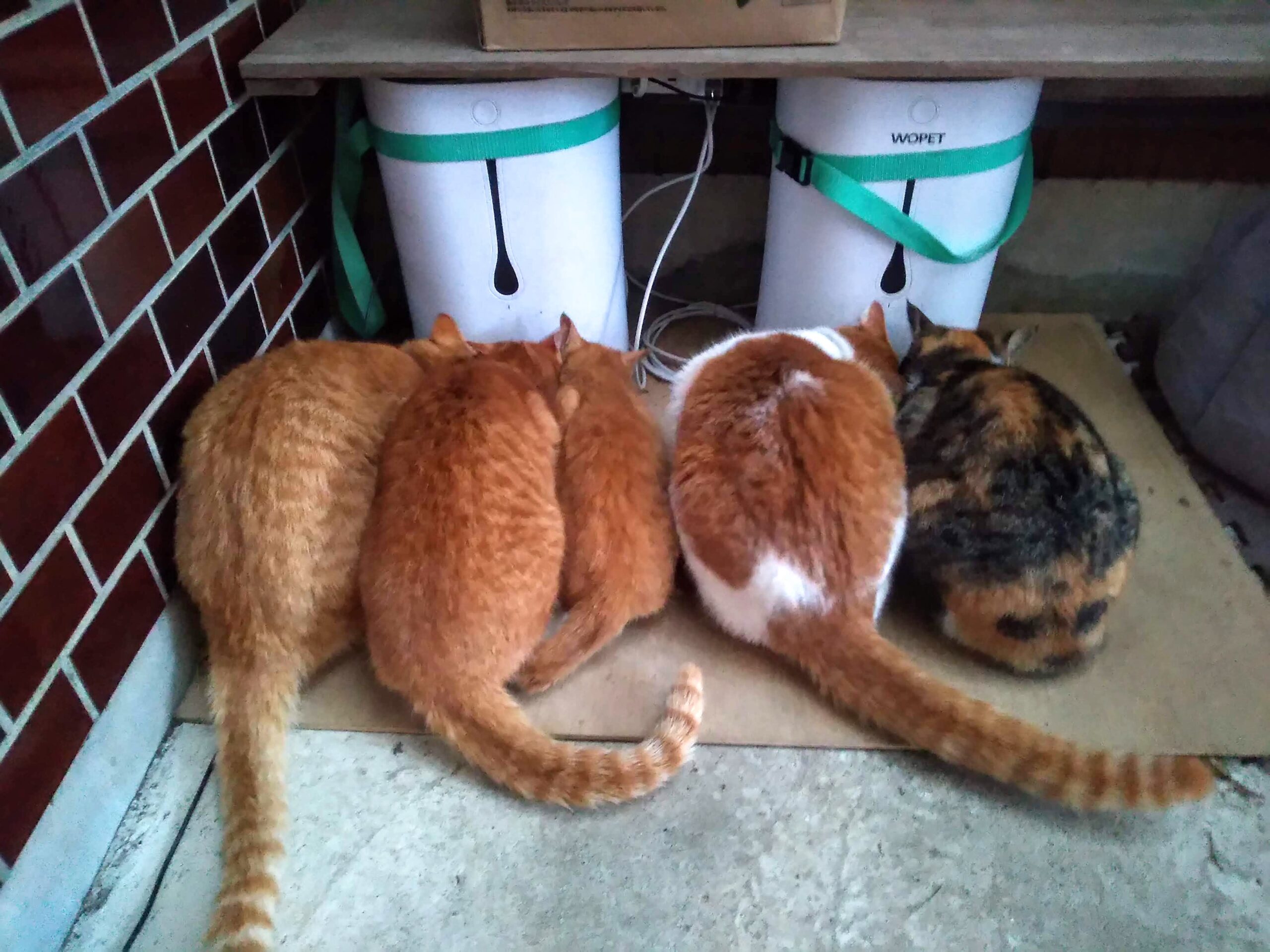 Maura used to swat him on the head or bite his ears when he tried to eat; today I caught them playing together in the yard. I think they are friends now. 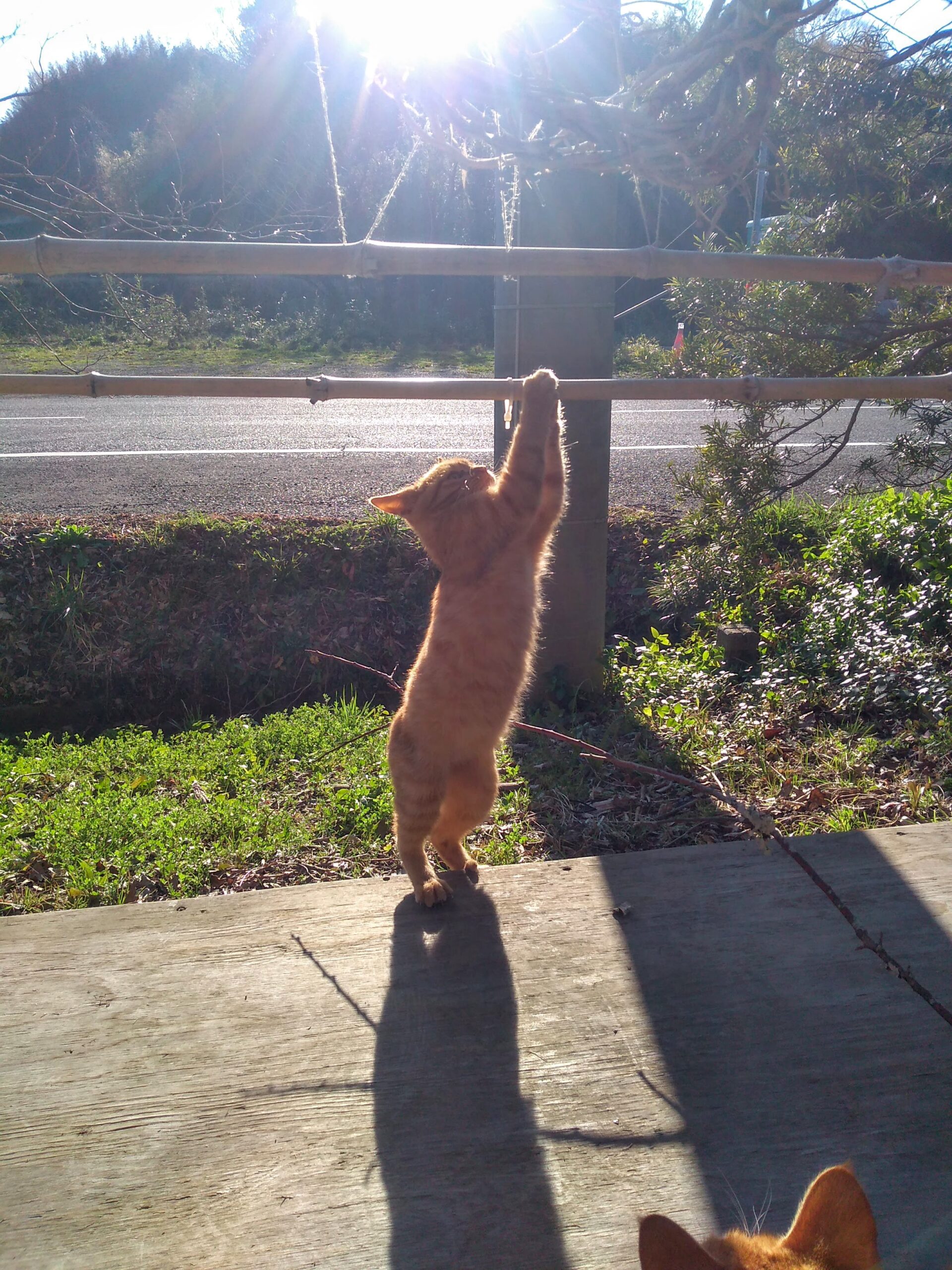 One more mouth to feed, and in a couple of months, another cat on the register at the vet. Ah, country life.