Today the cats walked more than halfway to yoga with me, and while I did sun salutations, they spend their time sunning themselves on the front porch of one of our weekend neighbors.  That’s where I found them when I walked back down from class. 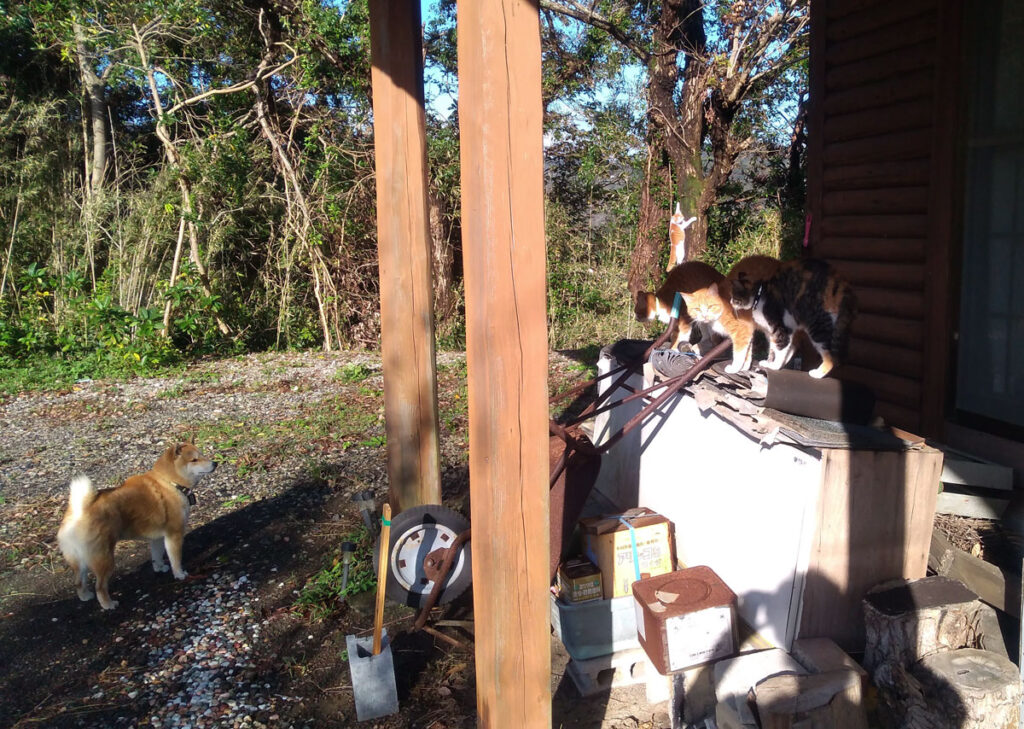 Matsugoro followed me from yoga – he loves to walk with me – and he noticed the cats almost before I did. Drama ensued. Mostly from my kitties, who really don’t know dogs. Matsugoro shares his space with a lot of cats, so he just wants to play. 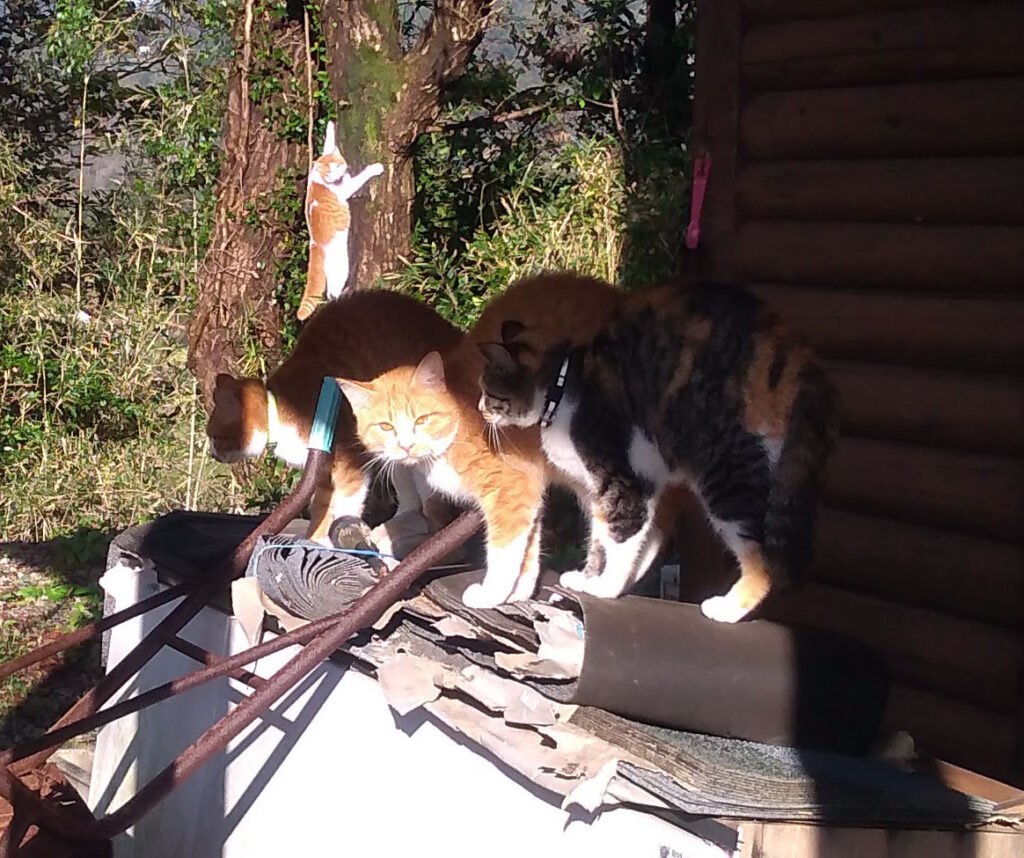 Fritter is having none of it and looks to me as if to say “Get rid of that dog.” Maura’s up a tree, classic! Futatsuyama and Isabella Bird are arched in perfect yoga cat pose. They were growling; we’ll have to try that tomorrow in class.